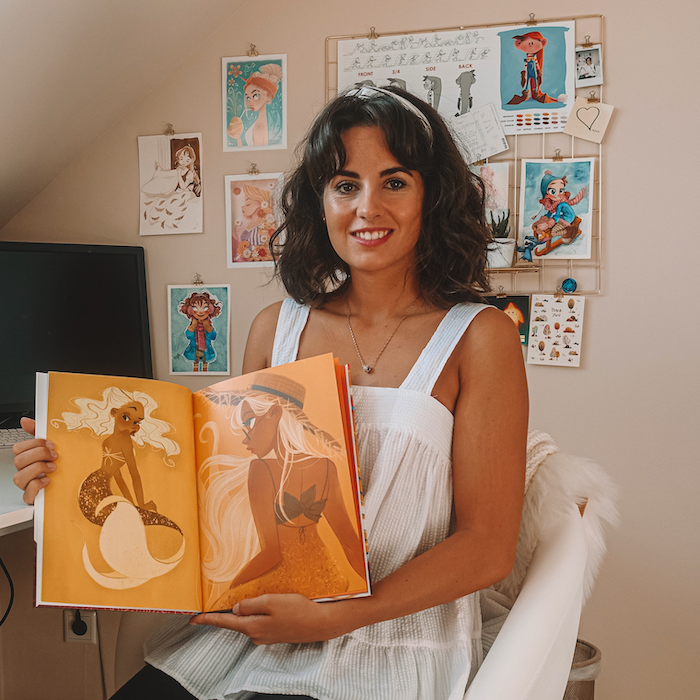 I’m a 3D Artist, Illustrator and Character Designer from Germany. Since I grew up in the 90s, my work was highly influenced by Walt Disney feature classics such as Aladdin and Pocahontas and I have been drawing ever since I could hold a pencil in my hand. CG Movies such as Tangled were one of the main reasons I was inspired to start a career in 3D Animation.

What I love most about my job is watching the amazing transition from 2D to 3D by turning my Character Designs into CG Characters.It always fascinates me, seeing my own Characters slowly coming to life!

Name and Name in Santa's Workshop

Here we snow again! A Magical Adventure in Santa's Workshop This enchanting story revolves around one o...

Ho Ho Hold on a second... It's Christmas! This endearing story is about helping each other to create somet...

Name, Name and Name and the Haunted House's Secret

A spooky, suspenseful story for curious children who like ghosts and monsters! Something mysterious is ...

Name and Name Save Christmas

Help Santa Claus save Christmas with this epic adventure! It's Christmas Eve and the delightful main charac...